Hong Kong Cricket Club (thereafter HKCC) was founded in 1851 as being one of the first cricket clubs outside England. It was first established and located in Charter Road ground (now known as Charter Gardens), which served the HKCC for 124 years. In 1975, the Club gave up its world-famous site in the middle of bustling Central District and moved to the greener Wong Nai Chung Gap. Students from the Tree Management Concentration were privileged to visit this important club of the former British Government of Hong Kong to take a special experiential workshop on turf management of the cricket ground. Students were introduced the concept of choosing suitable types of grasses, applying machinery to pinch holes for aeration and pruning, and the way to maintain turf in good conditions. One particular thing amazed us most was the fact that the turf should be pruned and maintained to some 5mm height evenly while the grasses could still grow healthily green without problems. Indeed, we realized that the command of knowledge for turf management is not that easy as we could imagine. 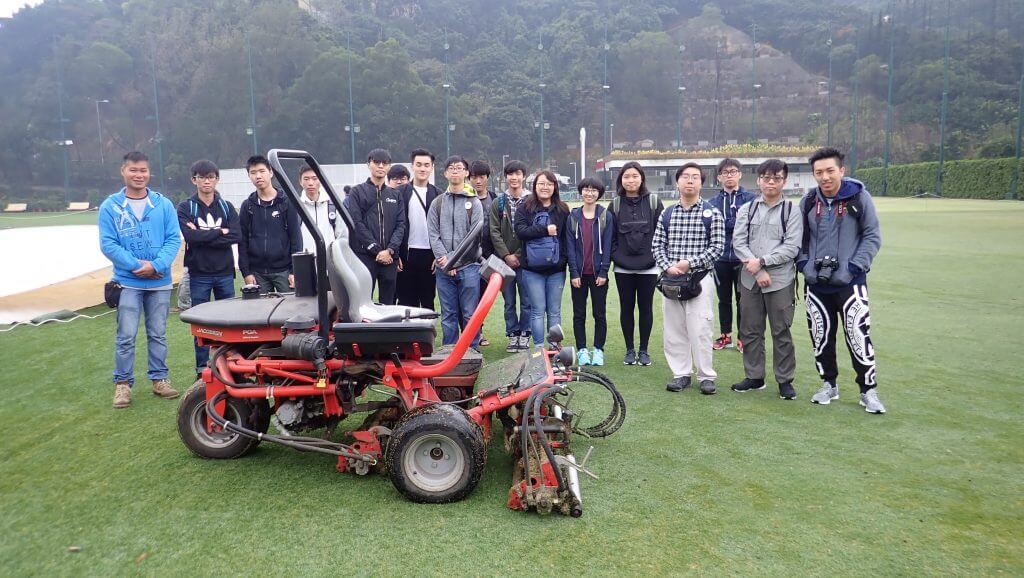 Turf grass cutter is a machine utilizing revolving blades to cut a grass surface to an even height. 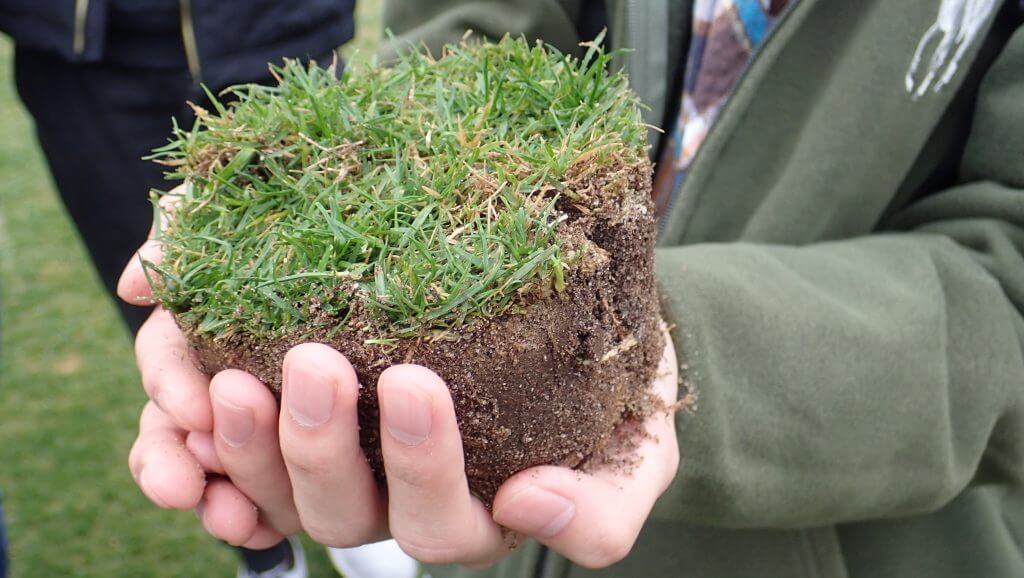 A cored soil sample which showed the grass growth