Participants set up a promotional booth at Shek Mun Campus to promote the Earth Hour Campaign. Positive feedback was received from both students and lecturers with over 130 people pledged to support the activity on that day. A Tram Parade was also launched to promote the event among the community members.

"Through participating in service learning, we have realized the importance of energy saving to the earth. We were also happy that quite a lot of Hong Kong citizens gave positive responses to us during the Tram Parade and promised to support the campaign."

"As part of the BESR course, students need to participate in community service. We hope that they can understand the ethical theories through real life practice and at the same time contribute to the well-being of the whole community." 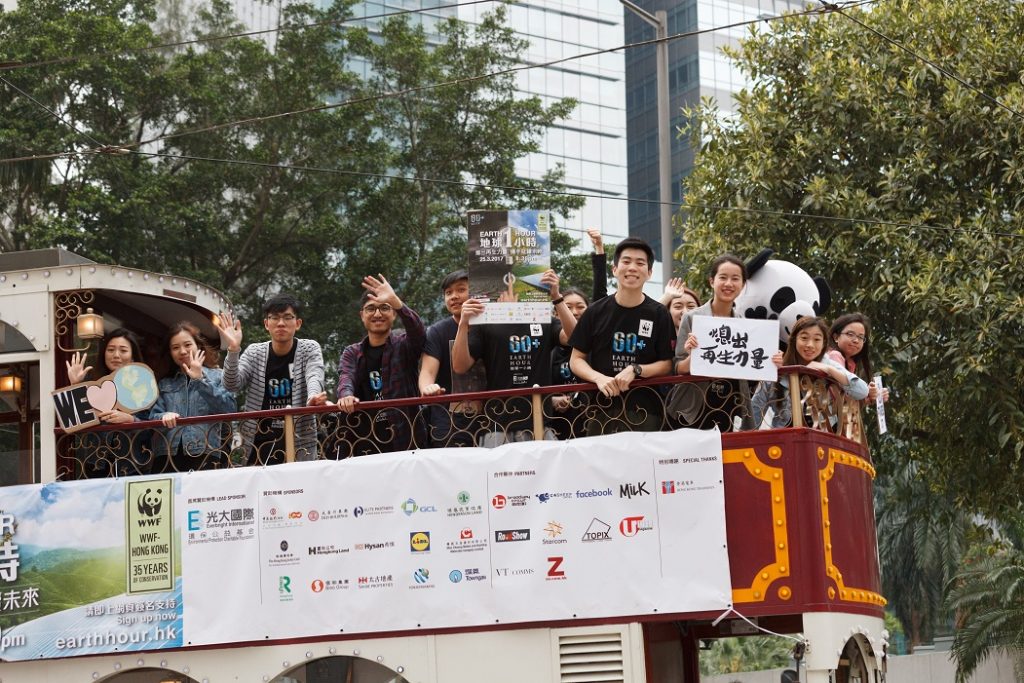 CIE students participated in the Tram Parade and promoted the Earth Hour Campaign by touring around the city. (Photo credit: Sophia Wong and William Yeung / WWF-HK)