The HKBU women’s volleyball team were recently named intercollegiate champion for the first time in 20 years. Having finished fifth for the past two years at the intercollegiate competition, which is organised by the University Sports Federation of Hong Kong, the team set the goal of breaking into the top four this year and worked hard to improve their training and tactics. In the final, the team beat their rivals from the Hong Kong Polytechnic University to clinch the championship title. 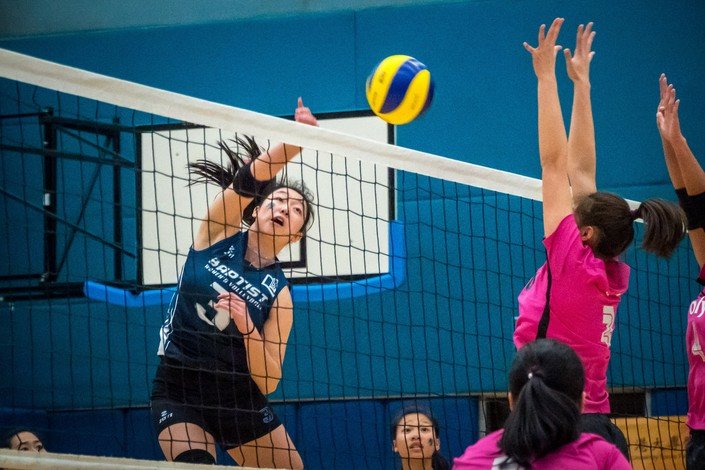