Conveniently situated in the city of Hong Kong and currently learning about the historical developments of Asia’s premier city, about 70 CIE students from different concentration studies visited the Central and Sheung Wan Heritage Trails under the joint efforts of the History Team (Division of Social Sciences) and the Antiquities and Monuments Office (AMO) in March 2015.

Reorganised as one of the earliest urban settlements in Hong Kong after British arrival, the districts of Central and Sheung Wan became part of the Victoria City and served as the capital of Hong Kong until 1997. During a two-hour trip down memory lane, students explored six historical checkpoints that began with the two world wars (The Cenotaph), a surprising stopover in front of an old colonial styled-letter box and ended with the idea of heritage preservation at the Flagstaff House Museum of Tea Ware.

Witnessing first-hand the architectural wonders of valuable heritages and listening to interesting tales behind each structure, students were taken to different times in Hong Kong history. At the end of the tour, students further understand that Hong Kong was not constructed overnight; time, people, places and events string together to make the city what it is today. 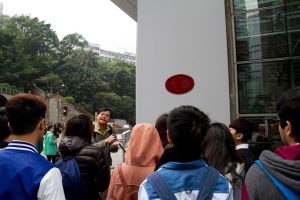 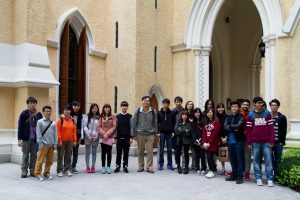